holidays then and now

The holidays are always a time to think about family. When I was growing up, the holidays meant travel because we would go to family or family would come to us. And often, after dinner was eaten, dishes washed and presents opened, the downtime would slowly fill with family stories – and sometimes even family photos.

I’m thinking about family connections a lot for another reason too.

I’ve launched myself on a completely overwhelming project: to organize the boxes and albums of family photos in my guardianship as well as my own rolls and rolls of prints – then to scan, tag and upload them so that captions can be added and corrected and prints can be made for anyone who has been looking for a copy of that exact photo since forever.

Flipping through the stacks, I’m flooded with memories, realizing that it hasn’t been just me growing and changing each year but my entire family. The family portraits from the early 1900’s are followed by graduation portraits, wedding photos – and then first Christmases.

Even as I wade deeper and deeper through the boxes, wondering how I convinced myself this was a good idea, I’m grateful for the obsessive labeling habit I got into after helping with tornado clean up in high school and aunts, uncles and cousins who I hope will step in to help me correct and caption many of these images once I get them scanned and posted!

The thing is, this project isn’t just for me, or even for us. There’s a whole new generation of nieces and nephews having their first, second and third Christmases now. Their photo albums may be online instead of on the shelf. But the people, and the meaning, will be the same. 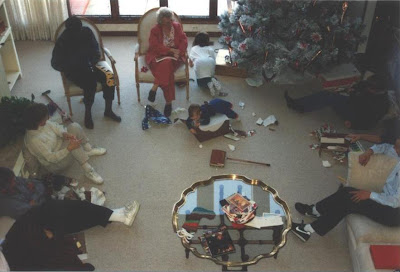 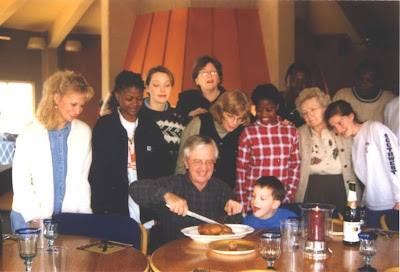 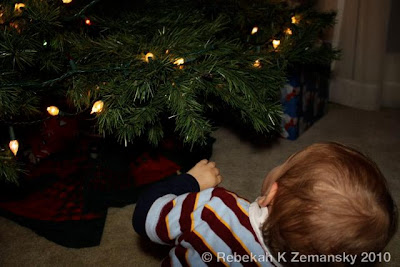 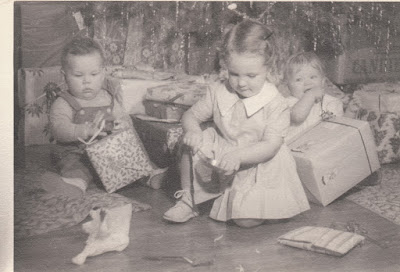 This year, winter break means two trips. The second I’ll be describing shortly, but the first (the one I’m on at the moment, actually, is about family, and friends (or fronds, as my phone would prefer me to type) and holidays. From start to finish, we’ll be in six states but I bet that our first day drive from Phoenix, AZ to Elk City, OK will be a tough record to beat.

A few short notes from the road:
On a roadtrip long, long ago, my mother mentioned that those blue shipping trucks with the yellow Werner logos remind her of her cousin. Now, whenever I see them I think of family, and they’re everywhere.

Here are the lights of Albuquerque, New Mexico. This was our first goal – we wanted to get at least this far. While it wasn’t that late when we passed through – maybe around 7pm – it had been this dark for at least an hour. Stopping was really, really tempting! But we pushed on…

When on a roadtrip one of the most important things is keeping your car in top gear. In our case we’ve been considering new tires for a little while now, so Steven’s been keeping a close eye on them. We started day 2 by topping off the air pressure in Elk City after a major lunch.

And finally, don’t forget to enjoy the stops along the way. While the goal is technically to end up where we began – a full circuit – we wouldn’t be making the trip in the first place if it wasn’t for the people we’ll be seeing along the way. At my aunt and uncle’s house, we frosted a large tray of tiny cookies before my cousins and their kids arrived for dinner. We had a really lovely stay (thank you!) and it was great to see everyone. For our route, see the Google map below, which may need to be zoomed out a bit.

Now we’re in Lawrence, where it was nearly snowing when we pulled in through a wintry haze, and after the dentist on Tuesday afternoon – the 6th state and holidays at Steven’s family. So… until the next entry, I’ll be focused on staying warm – and collecting road trip stories from you! Please hit the comments button and tell me about a road trip you’ve taken – it can be your last one, favorite one, or worst one, as long as you share!

The church where the ceremony was held had this really interesting aperture.

More importantly, the wedding was gorgeous and elegant, and two friends of ours are now starting a trip of their own, including a Jamaica honeymoon, and hopefully visits back and forth from anywhere we all end up. I borrowed these pictures from my boyfriend and date for the event, Steven.

The weather was in the mid to upper 50’s there (and in the upper 90’s to 100’s when we got back to Phoenix!), the Wichita wind was high, the Rockies were stunning as always.

We stayed at the Hotel at Old Town, which already has an impressive website (including virtual tours, slideshows, etc.), to I’m going to link you there and just show you my favorite detail, as well as a clue to how it’s made:

Finally, mad props to United. Yes, I may still complain about the delay and Denver’s ad crazy WiFi. But I’m a pilot’s daughter, and a good preflight is ESSENTIAL. Our pilots on Sunday caught a problem on the ground, while the flight crew kept us informed and the airline set us up with a new plane and got us on our way again. Here’s to safety checks, hydraulic pumps, and to making it home, safe.

(extra credit: please identify which of the photos below are from Denver area and which from Wichita…)

And that’s it for the moment – Mexico and Wichita in the same week, and the meantime, everything here kept going, full steam, so I’m back to going full blast in Phoenix…