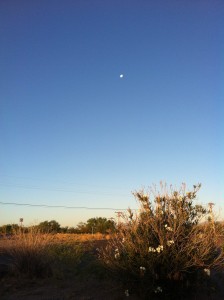 Well. Last Thursday, things did not go as planned

Well, unless the plan was to spend 3 hours in the desert trying to reach my source and hoping he was just running late (he wasn’t), things did not go as planned.

The appointment had been to find out about an active search for a 21-year-old man who disappeared approximately 7 weeks ago. I’d spoken to the man leading that day’s trip and tracked down the phone number of the missing man’s father, who’d come to Tucson from Tennessee in hopes of finding answers, the original tip coming from a mass email:

“Could you please run on the [humanitarian organization] site a notice that there is a father here from [a southern state] who has been looking for his 21 yo son left by his group 5 weeks ago and please call and take him out if people have time?…He has been here in Tucson for five weeks, living on the street and searching daily…He’s been sent a map of where to look but it’s a very bad map from the person who was with his son and was apprehended and deported. The map maker would like to be paid for a better map……..BTW, he’s already checked the morgue (negative) and I will check hospitals today.”

Then a week later, a notice that more help with the search was coming from San Diego “for his 21 year old son…who was left behind in the desert, ‘en mala condicion’ on April 18.”

My goal was to hike out with the searchers and find out how their location and recovery work is different from that of the volunteers who provide humanitarian aid through water drops and rescue patrol. It would be a bonus if I could also find out more about the stories of the missing man and his father – especially how he traced someone in the group to get a map.

But planning ahead was no match for crossed wires and cell signal issues – one phone went straight to voicemail, the other to a recording that the user could not get calls or take messages. (I’m still trying to get through on one line or the other, and am optimistic I’ll reach the expert from San Diego as we’d played telephone tag before a few years ago while I was finishing my original story for News21 – yet I regret to say that my hopes of reaching the father are rapidly diminishing.) 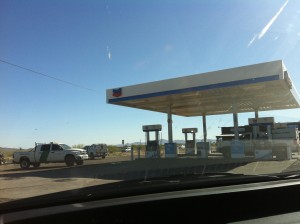 I was half an hour early for our 6am appointment. By 8am I’d counted over 30 Border Patrol vehicles alone – and I was realizing I would probably need to go back to my original posting plans. The break in the usual programming was not going to be necessary after all. A few phone calls and mobile google mappings and I pulled out of the parking lot half an hour later resigned to the 2.5 hour solo drive home, all if which with my tail between my legs and hoping no one would notice I was back more than a little early.

About a mile east I pulled over and looked at the map again. With my north Phoenix apartment as the starting point, I was over 75% of the way to Sasabe if I continued south on the 286 between BANWR and the Tohono O’odham Nation. And from there I could drive eastwards on the twisty Arrivaca Road to pick up the I19 which connects Nogales back to Phoenix through Tucson. And I already had the day off… 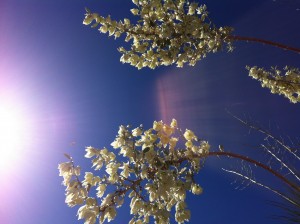 I decided to go exploring.

I’d come this way twice before, in winter and midsummer, and now the land was lusher and filled with the colors of thick bushes to slowly bleaching grasses. Diamond warning signs for floods and fire gave hints at the volatility of the valley landscape that rolled along either side of the highway beneath the eyes of parallel mountain ranges while border patrol checkpoints and white private security buses hinted at other kinds of volatility.

With no goals or appointments I was free to move slowly and notice details along the nearly empty like fully flowering trees or ringed roadside shrines.

I took the trip in pieces, regaining the familiar lines of the metro Phoenix skyline as the heavy summer sun begins to slide onto the horizon. Back in my apartment for the night with my shoes by the front door I checked the day’s mileage for this trip to and along a sliver of the U.S.-Mexico border between Arizona and Sonora and it clocked in at just over 460 miles. 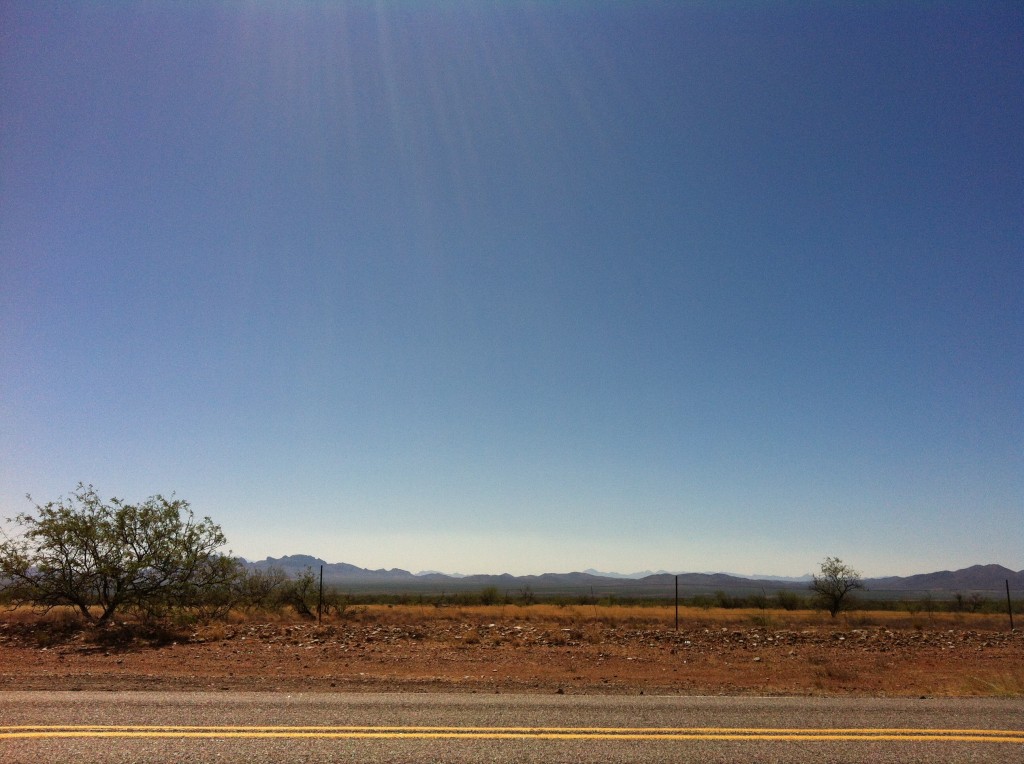 This post is cross posted with my other blog, Missing from Mexico.