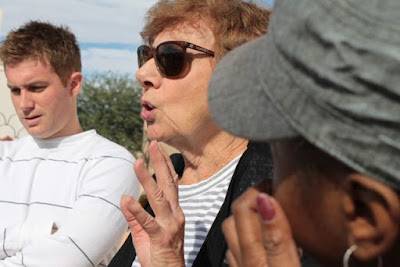 Last Friday, I went to San Xavier for the first time with a diverse group from the Cronkite School at Arizona State University including their newest graduate class, the current Humphrey Fellows and this years Murrow Fellows.

San Xavier is a cathedral built by Padre Kino among Tohono O’odham people in an area they named Wak. Today it’s open to the public and maintained by the non-profit group Patronato San Xavier, which also give tours of the building and grounds.

Our guide, Judith, first showed us a model of the structure and explained that the restoration process now underway is strictly allowed to maintain and preserve the existing buildings but not add or embellish anything. She led us through the courtyards and side rooms while telling us about the history of the Tohono O’odham, Padre Kino and the Franciscans who came later. The museum holds locally made baskets and art as well as books and vestments saved by the congregation during the years that the church’s future was uncertain. (I’ll post photos of the grounds and chapel next.)

After the tour, some people climbed the hill where early morning services are often held while others bought fresh frybread in the front plaza in front of San Xavier before we all boarded the bus and drove away. 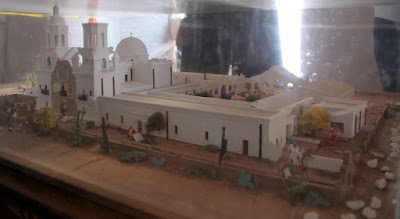 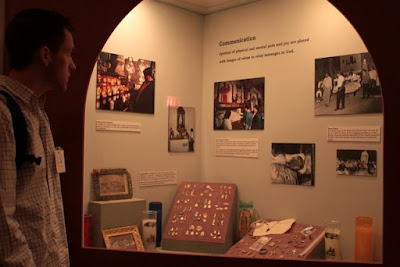 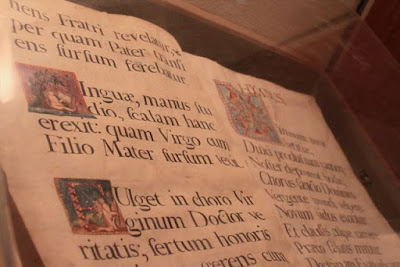 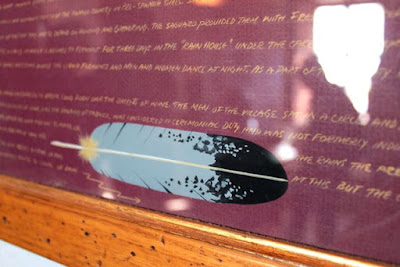 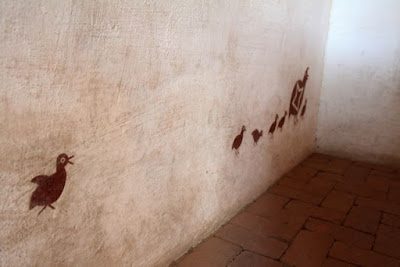 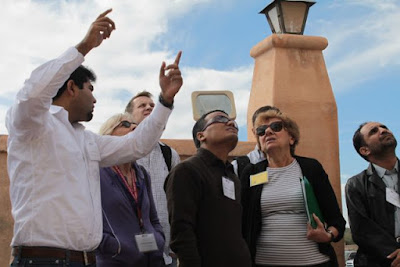 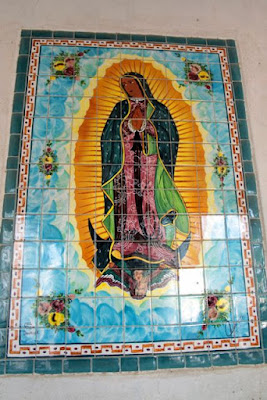